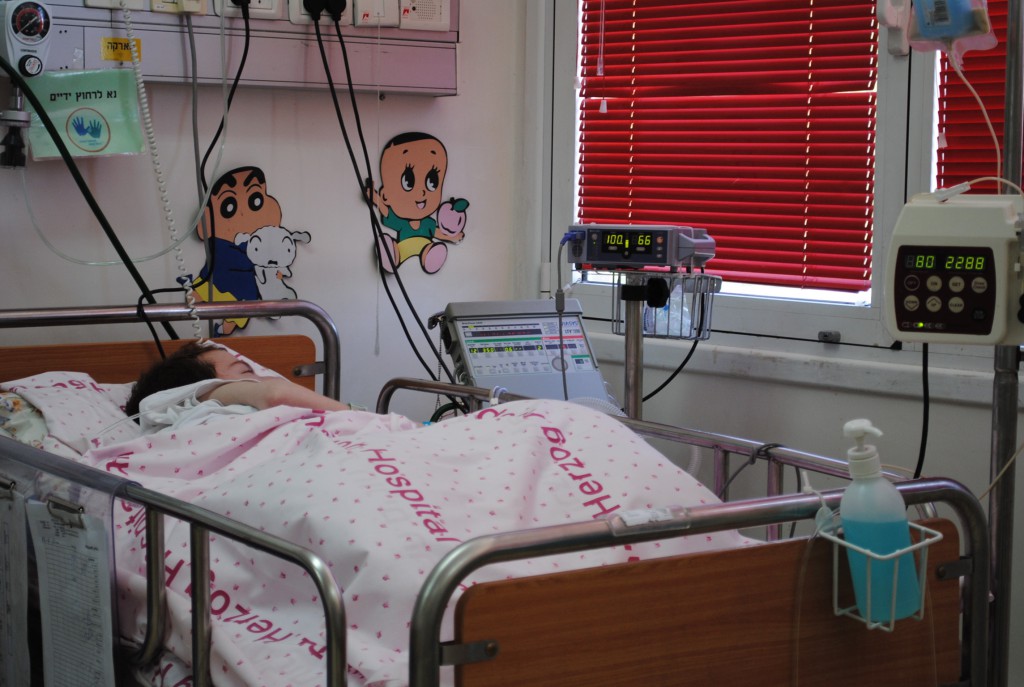 In 2004, Herzog Hospital undertook to establish a Children’s Chronic Respiratory Care Unit. This was based on our experience and success in treating older patients with chronic respiratory problems, including supporting them for extended periods of time on respirators and weaning them from breathing support.

Children represent a unique challenge in this very specialized field. Congenital defects, genetic diseases or trauma caused by accidents or malice (such as a falls, drowning, car accidents terror attacks etc’) cause such severe injuries that the child requires the continued support of a respirator to breathe. The Unit treats children from 3 months to 21 years from all walks of life and denominations, and there is a growing need for its services.

Patients in the unit come from all over the country – from as far away as the Negev and the Galil and from backgrounds as varied as Bedouin tribes and Arab families from the West Bank area to Ultra-orthodox families from Mea Shearim.

The children admitted into the department fall into three basic categories:

1. Congenital Defects:  Consanguineous marriages in Israel are not unusual, especially amongst Muslims and Ultra-Orthodox Jews. This increases the risk of genetic and other congenital defects. Some of the defects are found during pregnancy by ultrasound but for various reasons the pregnancy is not terminated. Others are not detected. Such children often suffer from breathing difficulties and also suffer from severe congenital deformations and disabilities. Even after they grow sufficiently to maintain body heat outside an incubator, they sometimes need artificial respiration to live.

2. Acquired diseases:  These begin at a much later stage. Some are relatively rare diseases with an unknown aetiology, others are clear cut. Some are self limiting whilst others are progressive and destructive. The process usually comes as a complete shock and is unexpected by the parents.

3. Traumatic Events: These can be accidents, such as traffic or sports injuries. Others are a result of malice such as terror attacks, child abuse and other such problems.  Here there are complicated social circumstances involved which put a severe strain on the staff and especially the social worker.